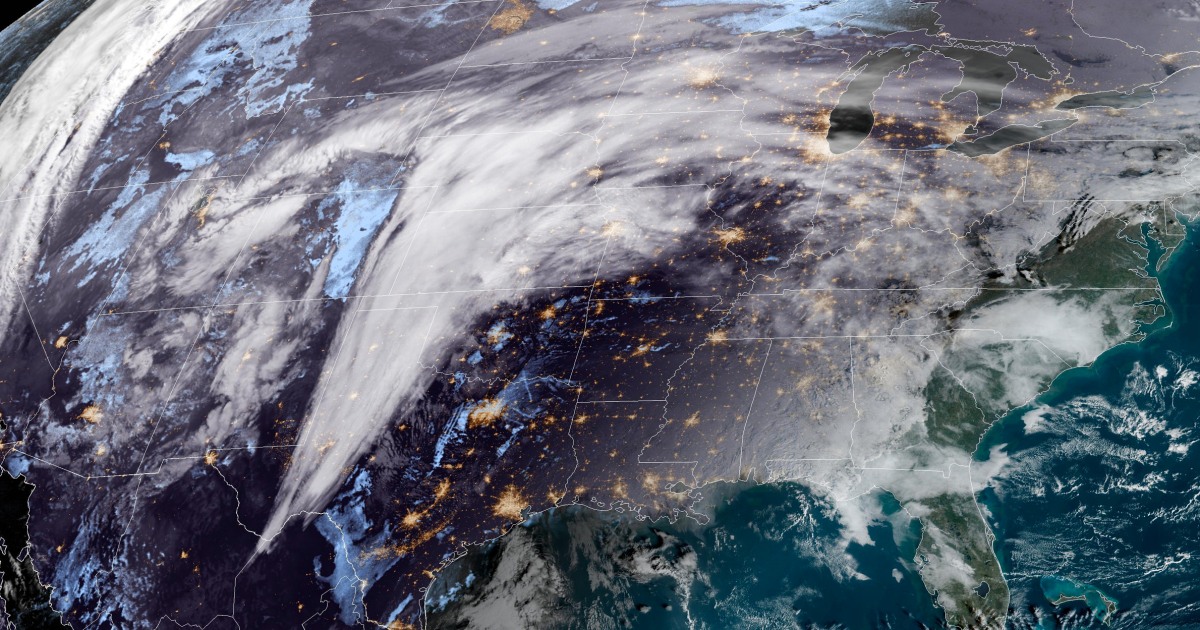 A winter storm moving across the central Plains and Upper Midwest this week is expected to bring heavy snow, sleet and freezing rain to parts of the United States, while tornadoes could form farther south, officials have warned.

The storm is expected to bring snowfall to the Central High Plains as it tracks northeast into the Great Lakes, likely producing moderate to heavy snow, sleet and freezing rain by Tuesday, the National Weather Service said.

“Intense snow rates of 1-2 inches per hour may be accompanied by thunder, especially in southern South Dakota and far southwest Minnesota,” the weather service said in a forecast update early Monday. More than 12 inches of heavy snow is expected to quickly accumulate from the Panhandle of Nebraska through southwest Minnesota, it said.

Gusty winds are also expected to produce areas of blowing and drifting snow, which the weather service warned could result in snow-covered roads and reduced visibility, creating potential travel hazards.

The weather system is also expected to bring significant freezing rain to parts of northeastern Nebraska through southern Minnesota, the National Weather Service said. It warned the freezing rain could pose further travel risks and cause power outages.

Moisture from the Western Gulf of Mexico is expected to move northward over the Western Gulf Coast/Lower Mississippi Valley, with the Plains front moving into the moisture, leading to showers and severe thunderstorms over the area on Monday morning, the weather center said. An enhanced risk of severe thunderstorms over the Lower Mississippi Valley has been issued from Monday through Tuesday morning.

Heavy rain is also expected in connection with the thunderstorms, with the weather service issuing a slight risk of excessive rainfall over parts of the Middle/Lower Mississippi Valley from Monday into Tuesday.

“The associated heavy rain will create mainly localized areas of flash flooding, with urban areas, roads, and small streams the most vulnerable,” the weather service said.

There is an enhanced risk for severe thunderstorms Monday afternoon and evening across portions of east Texas, southeastern Oklahoma, Arkansas and northern Louisiana.

Nearly 19 million people are in the risk zone for storms that may produce tornadoes, damaging wind gusts, flooding downpours and hail.

On Tuesday, severe storms are expected to continue rumbling eastward and affect areas across the Tennessee Valley and the central Gulf Coast.

It comes after a “once-in-a-lifetime” blizzard left dozens dead last month, with Erie County in New York, which includes Buffalo, at the center of the storm’s most intense conditions.

Buffalo Mayor Byron Brown said on MSNBC’s “Morning Joe” that the storm was “probably worse than anything that this city has seen in over 50 years.”

Chantal Da Silva is a breaking news editor for NBC News Digital based in London.

Steve Strouss is a meteorologist and producer with NBC News.