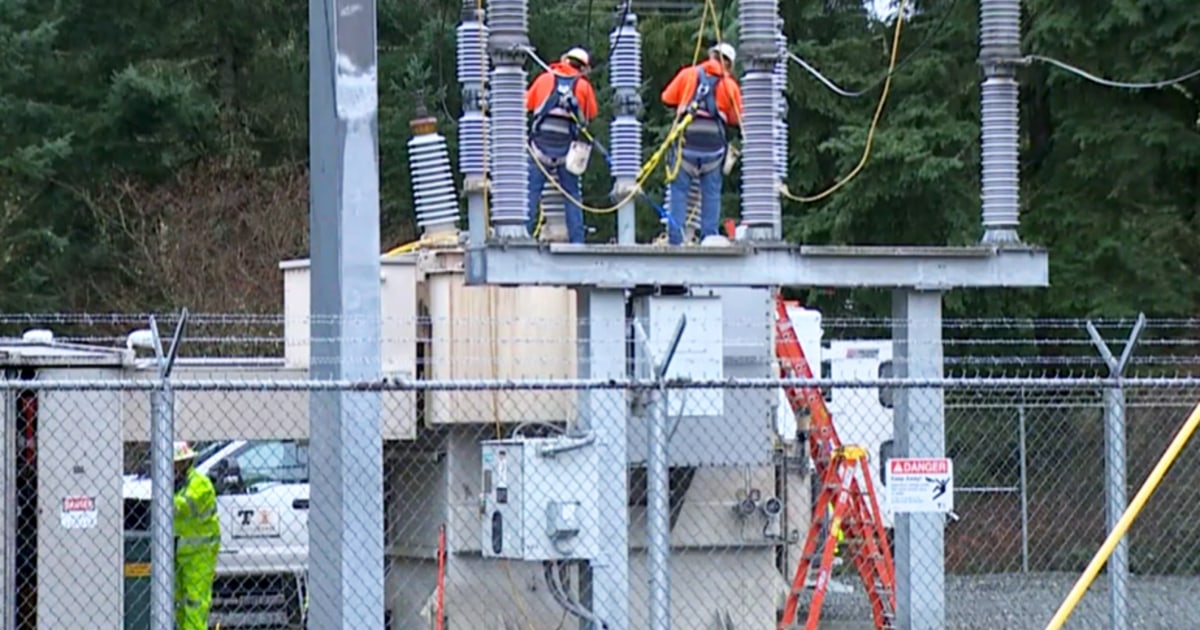 Two men have been charged in the Christmas Day attacks on four power substations near Tacoma, Washington, that left about 14,000 homes and businesses without power, officials said Tuesday.

While federal authorities have long said the country’s power grid is vulnerable to terrorists domestic and foreign, the suspects may have been motivated by the spoils of burglary, prosecutors said.

Matthew Greenwood, 32, and Jeremy Crahan, 40, both of nearby Puyallup, were planning to rob a business, which would have been made easier with electricity unavailable for security, cameras, lighting and other elements, federal prosecutors said

They said the men carried out the burglary during the power outage, according to court documents.

It wasn’t clear whether the men had attorneys. The federal public defender’s office for Western Washington didn’t immediately respond to a request for comment. The case was filed Saturday and unsealed Tuesday.

Prosecutors with the U.S. attorney’s office for Western Washington, who worked alongside the FBI on the case, said cellphone location data was key to zeroing in on the defendants, whose devices placed them in the area of the substations during the crimes, they said.

The two have been at the SeaTac Federal Detention Center since they were detained, and the U.S. attorney’s office said prosecutors will ask a judge to keep them behind bars pending future hearings.

FBI Special Agent Mark Tucher said in the affidavit that Greenwood admitted to detectives that he entered each of four substations Christmas Day and damaged equipment on purpose.

The attacks appeared to successfully target the substations’ high-side switches, devices that can connect or disconnect a potent power source, authorities said in court filings.

At the Elk Grove and Graham substations, “de-energizer taps” were so badly damaged that full repair could take 36 weeks and cost up to $3 million, prosecutors said in the court documents. Although electricity has been restored in the region, the output of those two substations was reduced from 50 megawatts to 15, officials said.

The attacks came after someone shot at a pair of substations in Moore County, North Carolina, on Dec. 3, sparking widespread outages for 45,000 customers that lasted nearly four days.

Officials said they are investigating a theory that the blackouts were meant to thwart a Southern Pines, North Carolina, drag queen holiday event called “Downtown Divas.”

Anti-LGBTQ protesters had targeted the event in the days leading up to its presentation at the Sunrise Theater. Organizers said the blackout didn’t immediately cause them to cancel, and it went on for 45 minutes amid the glimmer of cellphone lights.

In February, three men accused of plotting to attack electricity substations as part of a white supremacist bid to sow national unrest pleaded guilty to federal charges of providing material support to terrorism.