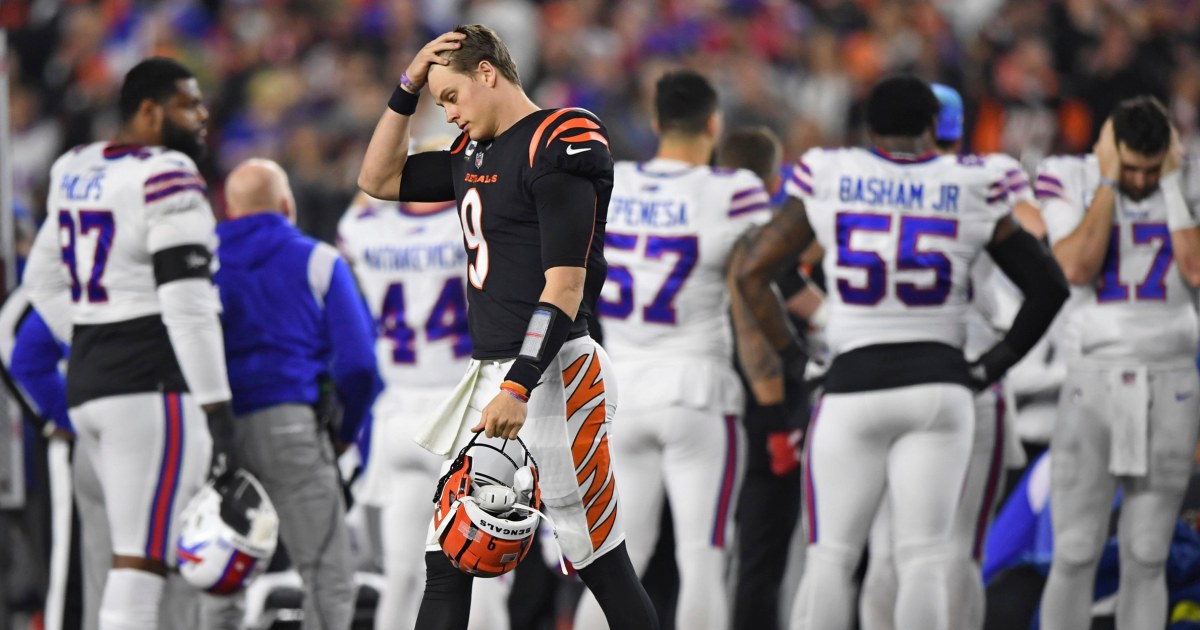 The postponed Buffalo Bills-Cincinnati Bengals game will not be made up this weekend, but officials said Tuesday it could be resumed at another time following Bills safety Damar Hamlin’s terrifying collapse.

The key contest between first-place teams was called off shortly after 10 p.m. ET Monday with the NFL saying the game had been “postponed” — leaving doors slightly ajar for Buffalo and Cincinnati to possibly restart play at another time.

Week 18 games — set to be the final contests of the regular season — will go on as scheduled, the NFL announced on Tuesday.

“After speaking with both teams and NFLPA leadership, NFL Commissioner Roger Goodell informed the clubs today that the Bills-Bengals game will not be resumed this week,” according to a league statement.

“The NFL has made no decision regarding the possible resumption of the game at a later date. The league has not made any changes to the Week 18 regular season schedule.”

The league statement means the Bills will play host to the New England Patriots and the Bengals will welcome the Baltimore Ravens to Cincinnati on Sunday. The Bills game is set for 1 p.m. ET while the Bengals kickoff time is to be determined.

Conceivably, the NFL could have have Buffalo and Cincinnati play next weekend and start the playoffs a week late. Under this scenario, the NFL could still play its title game, on time on Feb. 12 in Glendale, Arizona, if it eliminates the traditional week off before the Super Bowl.

Or the league could still opt against that logistical nightmare by simply limiting the Bills and Bengals’ 2022-23 season to 16 games each, while the other 30 NFL teams will play 17 games.

Buffalo is seeking to be the conference’s top seed, which carries an all-important bye in the first round of the playoffs. The Bengals still had an outside chance for the No. 1 and could have locked up the AFC North had they beaten the Bills on Monday night.

The Bengals led, 7-3, in the first quarter when quarterback Joe Burrow completed a 13-yard pass to Tee Higgins, who was tackled by Hamlin.

The play appeared to be routine as Hamlin quickly got up and briefly grabbed on to or adjusted his own face mask before falling backward.