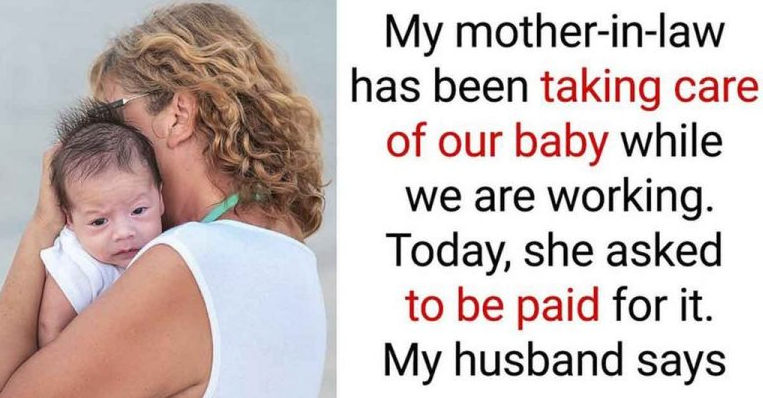 However, leaving your most precious jewel in the hands of people you don’t know well can be concerning. This is usually when grandmas and grandpas step in.

The truth is that sometimes parents treat their children’s grandparents as babysitters just because they believe it’s their job to take care of the grandchildren. Which, of course, isn’t.

One new mom named Amy wrote a letter to Brightside asking if she had the right to be mad at her mother-in-law who asked to be paid for taking care of her son and daughter-in-law’s baby.

Namely, Amy has been married for ten years now, but she and her husband only welcomed their baby just six months ago. As she needed to get back to work, while her husband works from home, they had a hard time making arrangements for the baby so her mother-in-law offered to watch the baby while the couple is at work.

They were more than happy to accept the offer, especially because they knew she would take great care of the little one. “I truly appreciate her time and devotion and everything she does,” Amy said of her mother-in-law and added that besides taking care of the baby, the grandma also cooks and cleans around the house.

What Amy didn’t expect, however, was her mother-in-law to ask to be paid for babysitting her own grandchild. “How dare she ask for money for precious time with her grandkid?” Amy asked and added that her husband is on his mother’s side and believes she has the right to ask for compensation for the favor she offers.

Amy asked from the readers to advise her what to do.

Babysitting involves a number of responsibilities so maybe parents should indeed consider offering payment to those taking care of their children, even if those people are the closest members of the family.

Just because they are grandparents doesn’t mean they have the obligation to help around with the grandchildren. If they are not offered anything in return grandmas and grandpas out there could feel like they are taken advantage of. The question about offering payment should be talked through in order to avoid these sorts of negative outcomes.

What are your thoughts on this? Are you on Amy’s side with this one or you believe her mother-in-law is right?