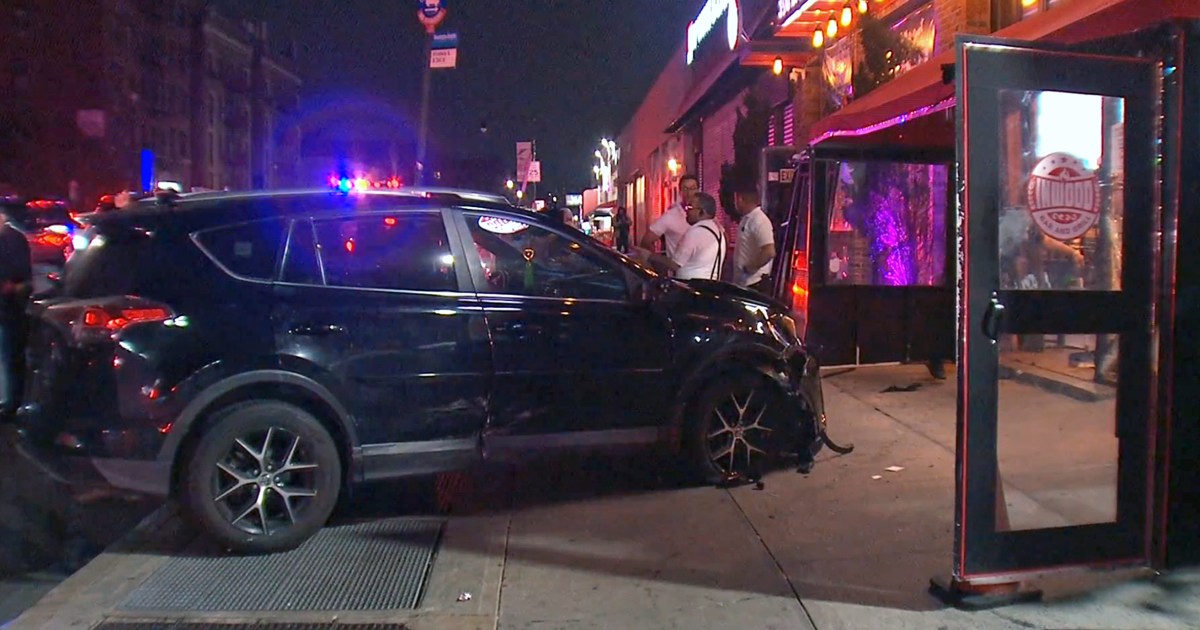 At least 23 people, including three children, were injured after an SUV operating as an Uber crashed into a sports bar and restaurant in New York City Monday night, officials say.

A call came in for a report of a vehicle crashing into a building on West 204th street and Broadway at around 8:59 p.m., according to the New York City Fire Department.

Preliminary reports suggest that a driver in an Audi sedan leaving a gas station struck the rear of a Toyota RAV4 that was operating as an Uber at the time. This caused the 31-year-old male driver of the RAV4 to lose control of the car, mount the curb and crash into the Inwood Bar & Grill, police said.

Nineteen people, including the driver of the RAV4, were taken to area hospitals while the others refused medical care. All had non-life-threatening injuries, according to officials.

The driver of the Audi fled the scene. No arrests have been made as of Tuesday morning.

Mirna Alsharif is a breaking news reporter for NBC News.