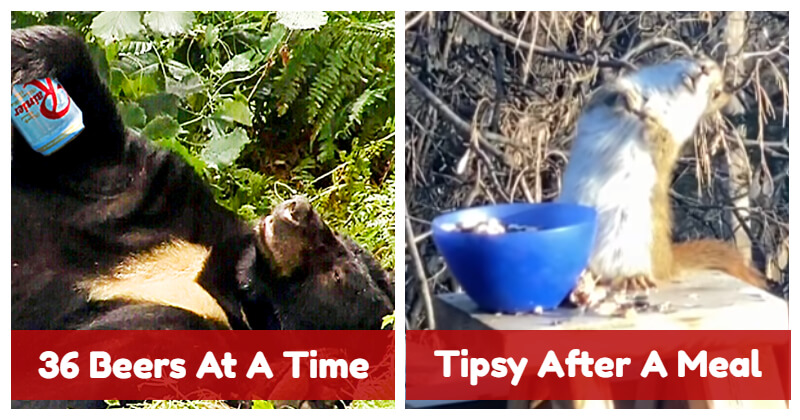 Can an animal get drunk? Yes. Drunk animals are not that uncommon in the wild. However, these animals get drunk not on a daily basis like some people. There were many reports of drunk wild animals and their phenomenal behaviors under influence. In this post, let’s find out these hilarious stories about animals getting intoxicated. 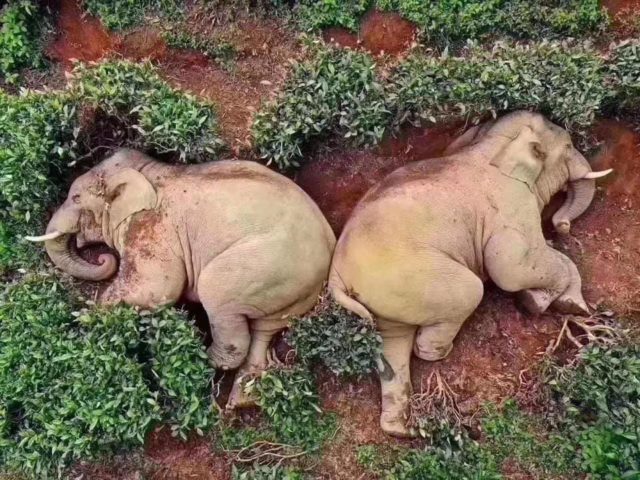 In 2010, several drunk Indian elephants destroyed a village after they consumed a large amount of a drink made of fermented rice. They actually passed out after this destruction. A similar incident also took place in Yunnan province, China when 14 elephants drank up 30 liters of corn wine and snoozed in a tea plantation. In the wild, drunk animals eating marula fruit are usually elephants since they might reach out to these high trees. This fruit has an alcohol content of 17% by volume, making it a natural alcohol in the wild. 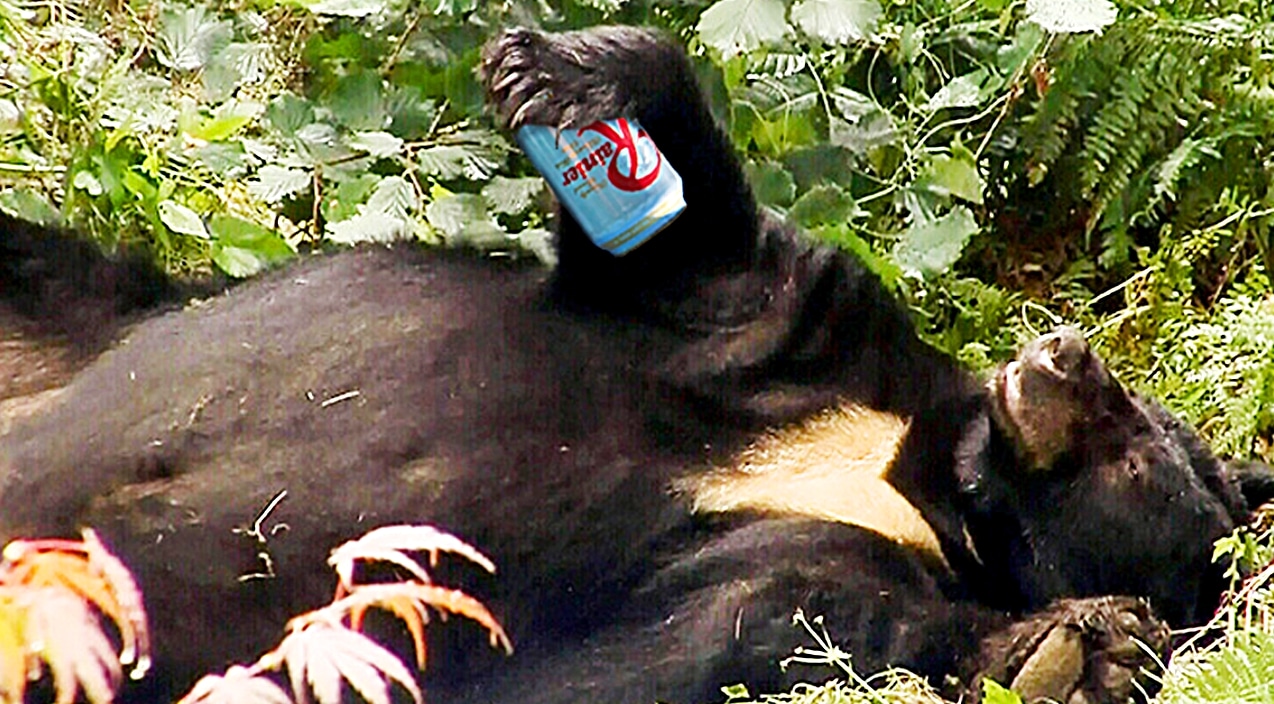 Washington state Fish and Wildlife agents found a sleeping black bear on the lawn of the Baker Lake Resort. It turned out that he was drunk on 36 cans of Rainier Beer which he found in nearby coolers of the visitors. Fortunately, all it did after thieving these beers was sleeping and not attacking anyone. It was more behaved than many men and women. 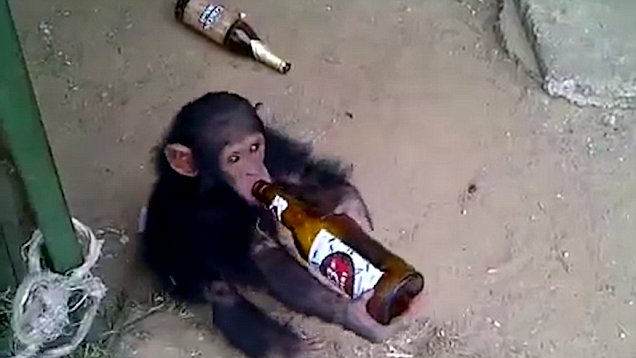 Monkeys and humans might share more than 1,000 genes. Therefore, they might just love alcohol as much as we do. Many of them did break into stores and bars in several cities and resorts around the world to steal beers, wines or other alcoholic drinks. There is even a study on their drinking behaviors and impacts which are really close to humans’. 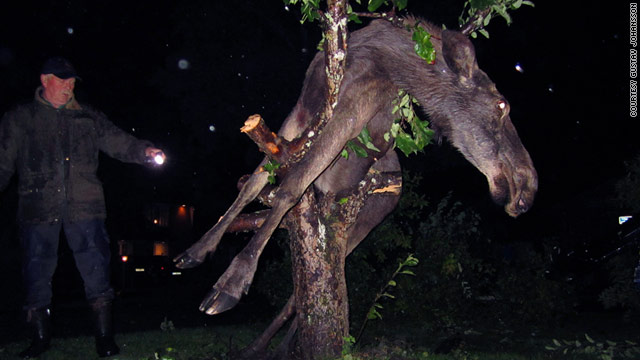 In 2011, the Swedish fire department reported that they found a moose stuck in a tree with three legs off the ground. It was freed after being found by a local resident. Eventually, they found out that it was eating too many fermented apples that fell on the trees during autumn. 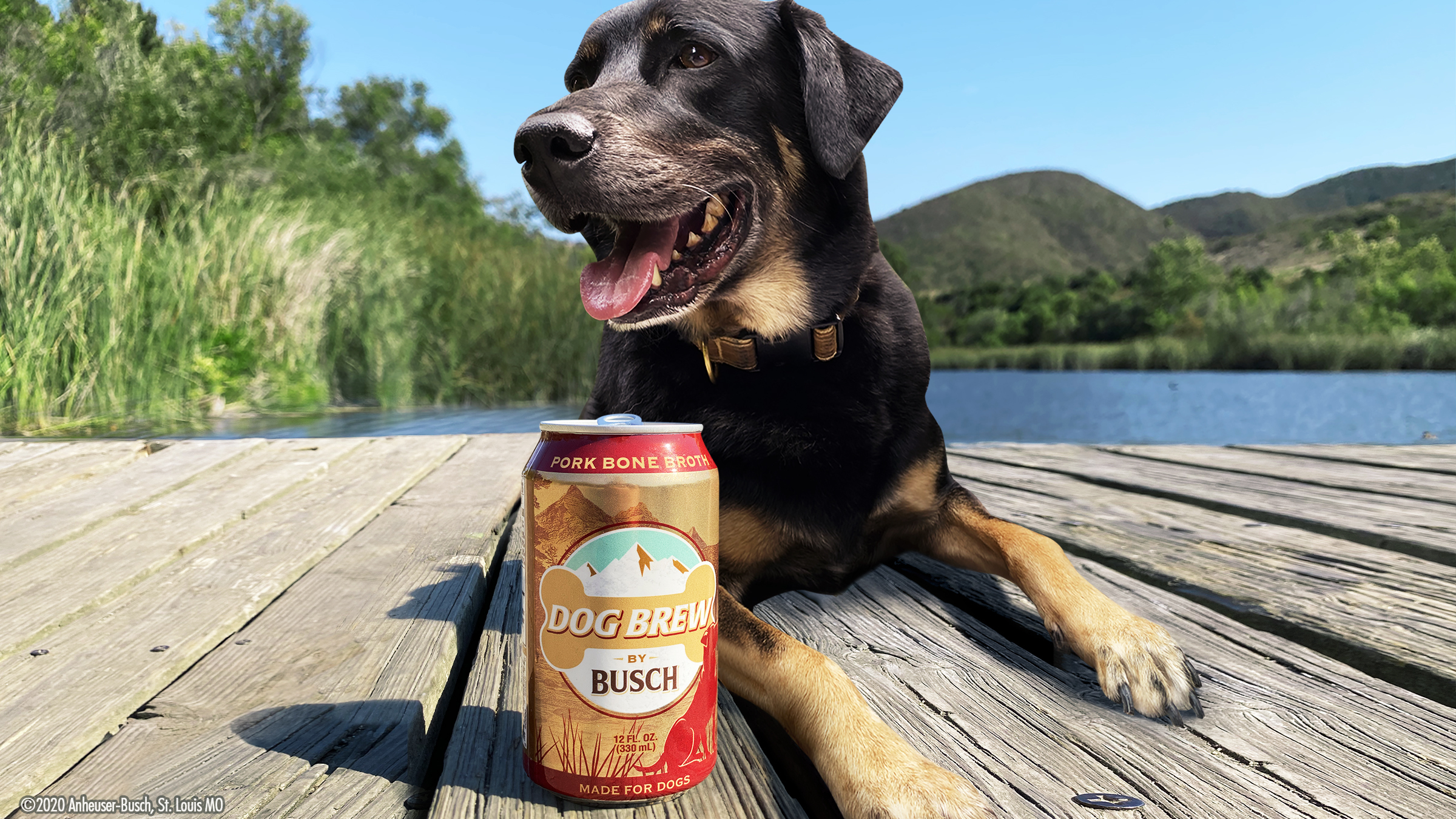 Many dog owners shared that they pet dogs had stolen their beers in the fridge. These drunk animals might have severe reactions to alcohol just like humans: they get tipsy, sleepy and sometimes very active. Even though it sounds like a great experience, sharing a drink with your pet dog is strictly harmful to his health as alcohol is fatal to dogs, especially small ones. 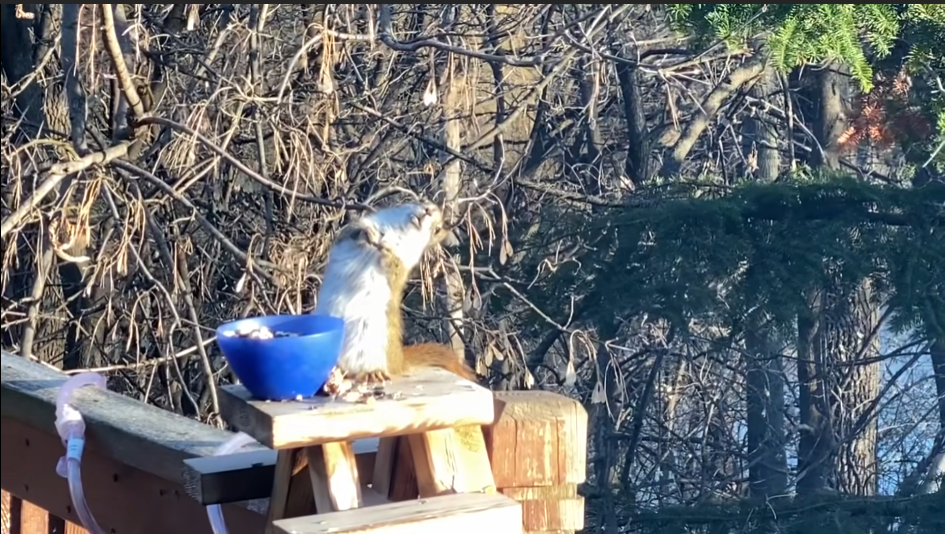 A squirrel was seen swaying haphazardly after eating an old pear. An animal lover, Katy Morlok of Inver Grove Heights, Minnesota, U.S gave it to him with kindness. However, he managed to not fall out and kept on eating. The video was recorded and uploaded on YouTube with over 2 million views, showing how drunk animals might be like. Morlok later informed that this squirrel would come back the following day for more treats and he looks just fine. After all, it’s not a good idea to feed wild animals your old fruits since they might get a little tipsy and do something out of control.