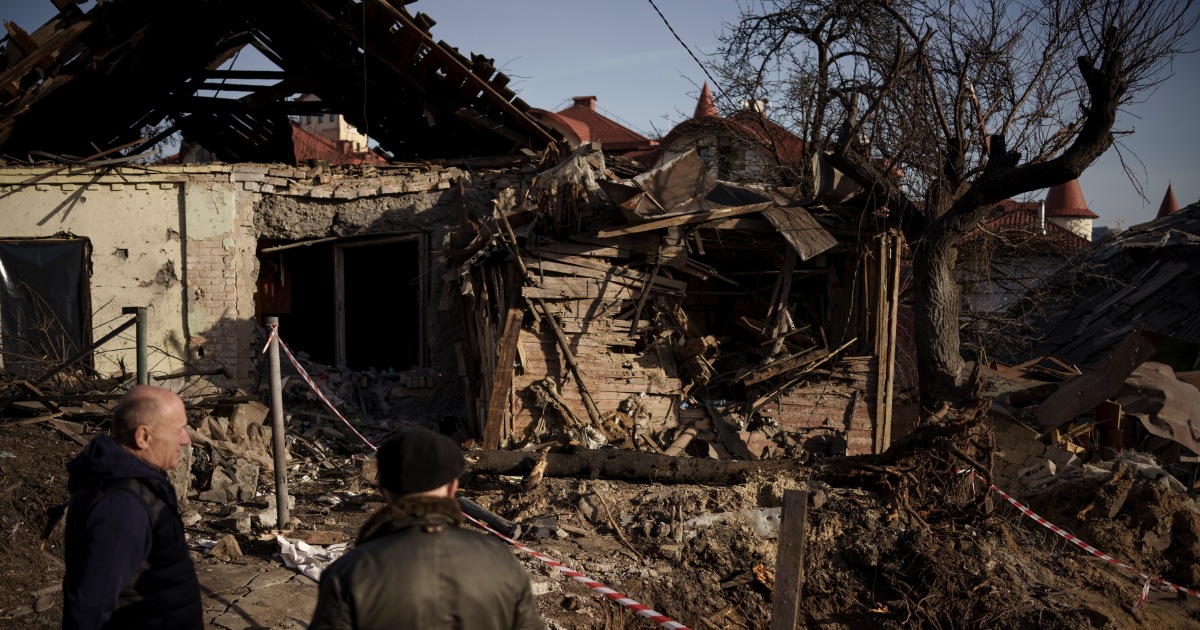 A “significant number” of Russian soldiers were killed on New Year’s Eve when Ukrainian forces shelled a building housing conscripts in an occupied area of the country, according to officials.

A “vocational school” in the city of Makiivka was hit by U.S.-supplied HIMARS artillery, according to Daniil Bezsonov, a senior Russian-backed official in occupied Donetsk in the east of the country, adding that the building housed Russian servicemen.

“A significant number of dead and wounded,” Bezsonov said in a Telegram post Sunday night.

Russian state-run news agency TASS on Monday reported that 63 had been killed, citing the Defense Ministry.

While Ukraine has not taken responsibility for the attack, its armed forces posted a cryptic message on Telegram Sunday night: “As a result of ‘careless handling of heating devices,’ neglecting security measures, and smoking in an unspecified place, Santa packed about 400 corpses of Russian servicemen in bags.”

“About 300 more have wounds of varying degrees of severity,” the account added.

NBC News was unable to verify claims from either side, and Russian and Ukrainian officials were not immediately available for comment.

On Sunday, the leader of the self-proclaimed Donetsk People’s Republic, Denis Pushilin, said many civilian facilities had come under Ukrainian fire over the New Year’s Eve, according to TASS.

Bezsonov criticized the “crowded deployment of personnel,” which he said helped lead to the casualties.

Overnight, capital Kyiv came under attack from the Iranian-made drones. Mayor Vitali Klitschko said 22 were destroyed over Kyiv, three in the outlying Kyiv region and 15 over neighboring provinces.

“As a result of the night shelling of the capital, energy infrastructure facilities were damaged. There are emergency power outages in the city,” Klitschko said Sunday night in a Telegram post.

Energy infrastructure facilities were damaged as the result of the attack and an explosion occurred in one city district, the mayor said. It wasn’t immediately clear whether that was caused by drones or other munitions. A wounded 19-year-old man was hospitalized, Klitschko added, and emergency power outages were underway in the capital.

Since October, Russia has carried out airstrikes on power and water supplies almost weekly.