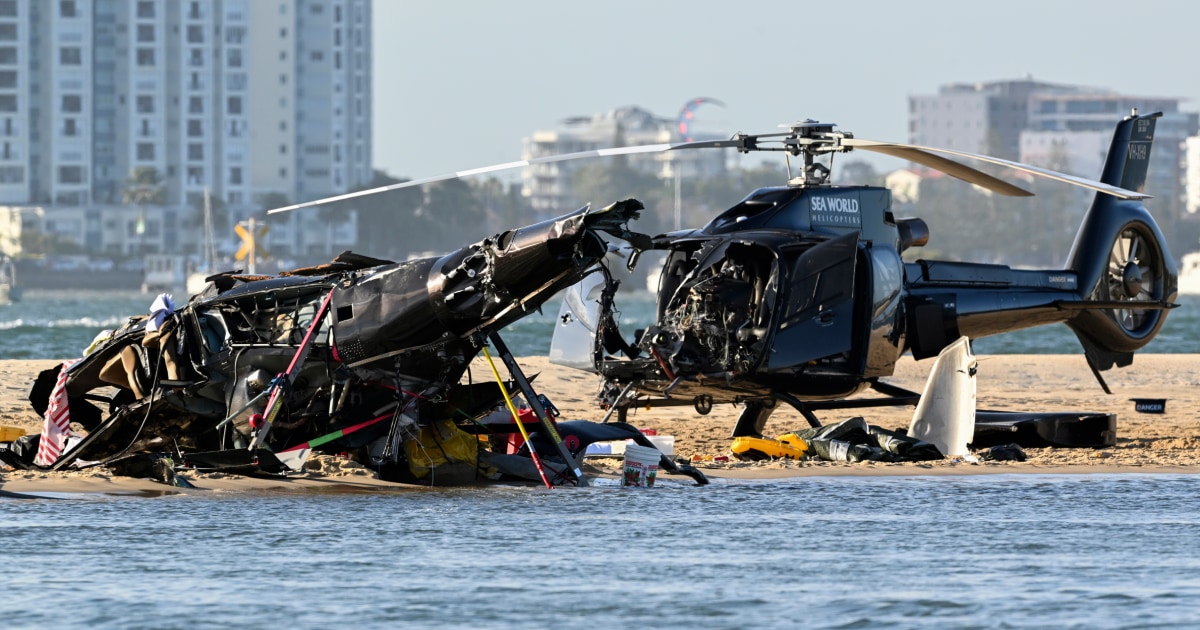 Investigators remain at the scene of the crash site, but a rising sea tide was adding to the difficulty of collecting evidence from the scene.

Mitchell said investigators wanted to identify what was occurring in the “cockpits at the time” of the collision.

The Foreign, Commonwealth and Development Office said it is supporting the family of the deceased 57-year-old woman and 65-year-old man from Britain who had been visiting Australia’s Queensland state on holiday.

The other passenger who died was a 36-year-old woman from the Sydney suburb of Glenmore Park.

The passengers from the helicopter that landed safely included two couples in their 40s from New Zealand and a 27-year-old woman from Western Australia. Three of the five passengers remain hospitalized after being showered in glass.

Holiday visitors and people enjoying the water had rushed to assist emergency service workers when the crash occurred near the Sea World marine park, during Australia’s peak summer holiday period.

Authorities praised members of the public who rushed to the aid of those in the helicopters.

“Our thoughts do go out to all those who were affected here, not only those on the helicopter and their extended families, but also those who were on the broadwater yesterday and have witnessed the confronting scenes of those helicopters coming down, particularly those people who were the first responders,” Mitchell said.

Village Roadshow Theme Parks, which owns Sea World Helicopters, said in a statement it was working with authorities while “offering its deepest condolences to those impacted” by the tragedy.

Australian Prime Minister Anthony Albanese also offered his “deepest sympathies to those who are grieving.”

“Australia is shocked by the news of the terrible and tragic helicopter incident … on the Gold Coast,” he wrote on social media.