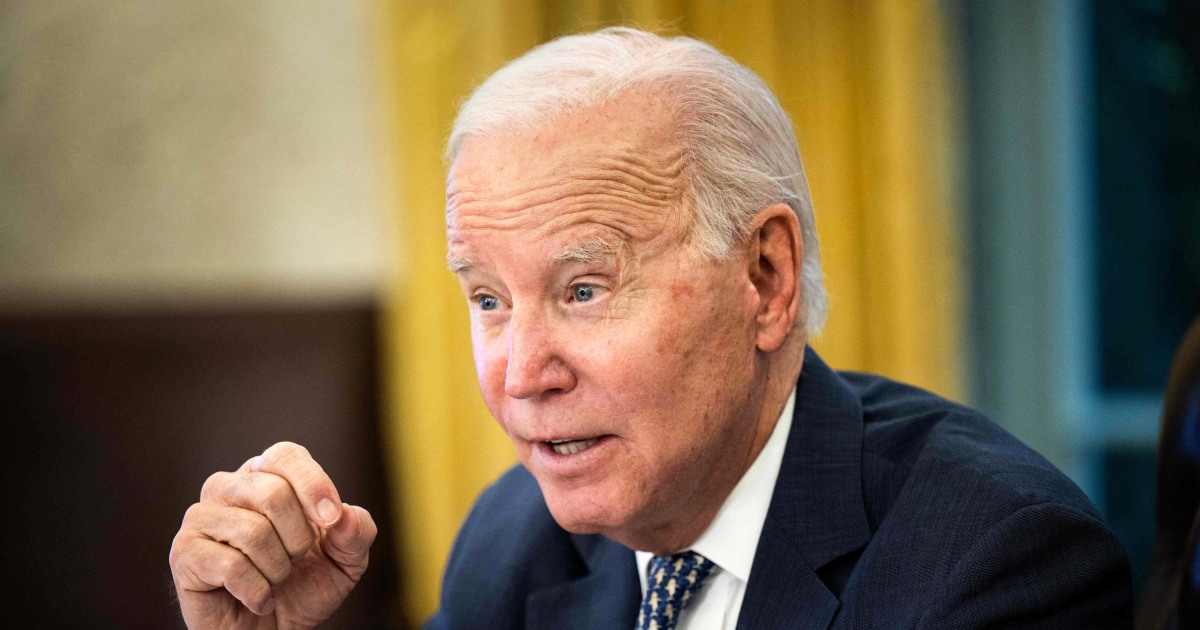 President Joe Biden will open the new year with a bipartisan show of support to tout one of his major legislative wins, appearing with Senate Minority Leader Mitch McConnell in Kentucky to announce a major project funded by the infrastructure law.

The appearance with McConnell, R-Ky., and other regional leaders from both parties Wednesday signals a dual focus for a White House aiming to stay above the political fray in 2023. The stop, and others like it this week featuring other administration officials across the country, will come a day after the new Republican-led House of Representatives takes power in Washington, kicking off a period of divided government as the 2024 presidential election campaign also begins to take shape.

After two years of tough legislating in a Congress completely in Democratic hands, administration officials see 2023 as a year mainly about implementing Biden’s signature economic initiatives, including steps to boost semiconductor manufacturing under the CHIPS Act, and new cost-cutting measures from the Inflation Reduction Act.

But the bipartisan infrastructure law will be front and center as the White House says 20,000 new projects funded by the law will be underway in the year ahead.

In 2021, the president kicked off a major public effort to build support for the infrastructure bill with a televised town hall in Cincinnati in which he vowed “to fix that damn bridge of yours going into Kentucky” — referring to the Brent Spence Bridge, a key interstate crossing classified as “functionally obsolete” that has long held up as a example of the need for major new investment in roads, bridges and other public works projects.

Ohio Gov. Mike DeWine, a Republican, and Kentucky Gov. Andy Beshear, a Democrat, who are both also expected to join Biden Wednesday, announced last week they had secured $1.6 billion from the infrastructure law to replace the bridge.

Vice President Kamala Harris will hold an event in Chicago on Wednesday as Transportation Secretary Pete Buttigieg does the same in Connecticut. On Thursday, White House infrastructure coordinator Mitch Landrieu will visit San Francisco, one week after outgoing House Speaker Nancy Pelosi announced that the city’s iconic Golden Gate Bridge will undergo a $400 million retrofit funded by the law.

While acknowledging more work needs to be done and potential setbacks loom, National Economic Council Director Brian Deese and senior adviser Anita Dunn wrote in a year-end memo that there is “clear evidence that President Biden’s economic strategy of growing the economy from the bottom up and the middle out is working.”

Beyond the focus on implementing the president’s past legislative programs, top White House aides insist the president intends to press ahead with additional legislative initiatives they think could — or they’ll argue should — win support in a divided Congress. Bipartisanship is expected to be a major focus of Biden’s State of the Union address, a major speech expected to come as he also makes clear his intentions for 2024.

“I’ve never been more optimistic about America in my whole career,” Biden said during an appearance on ABC’s New Year’s Eve special. “We’ve been through so much, so much difficulty, the pandemic, flu, a whole range of things. And look how the American people fought back, and they got up, and they — there’s nothing that can hold them down.”

The appearance was one of the only public glimpses of the president since he and members of his family arrived in the U.S. Virgin Islands last week. Though he has said he would discuss a potential reelection bid during such holiday gatherings, NBC News reported in October that first lady Jill Biden and the rest of the family fully support another campaign. When asked Friday about whether the 2024 election has come up in discussions this week, Biden quipped: “There’s an election coming up?”